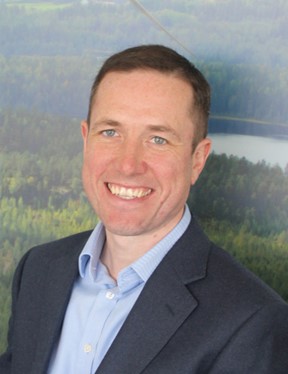 In this article, Richard Russell, Group Commercial Director at RES, discusses why we support a robust carbon pricing across all sectors, reflecting the ethos of “polluter pays”. Carbon pricing (tax) should accurately account for the true cost of emissions and the subsequent cost of climate warming. We can see that current carbon pricing in the countries in which we operate is often inconsistent and does not align to a 2050 net zero target.

Carbon pricing enables a monetary cost to be allocated to each tonne of CO₂, and equivalent greenhouses gases, emitted into the atmosphere. This can form the basis of a range of government measures to incentivise reductions in emissions from all sectors of the economy.

Carbon pricing mechanisms motivate emissions reduction measures and the revenue raised from carbon taxes can be used to accelerate investment in the new technologies required to support the energy transition.

RES supports a policy of robust carbon pricing for every tonne of CO₂ emitted. This will catalyse the transition by incentivising actions: for individuals, businesses and policy makers, to prioritise cheaper and less polluting options.

A selective approach to carbon pricing could better differentiate sectors based on the current ease, or difficulty, of CO₂ abatement due to prevailing technologies. Such an approach would focus investment in critical new technologies whilst, at the same time, avoid an increase in costs for delivering improvements which would have been delivered anyway.

Reinvestment of carbon taxation in green technology and abatement that support a just transition to net zero, whilst balancing economic growth, is a critical priority for governments. There is a clear opportunity for an enhanced policy response. For example, coupled with a government backed green infrastructure fund, carbon taxes could be used as seed capital required to attract investment of private capital (for example through green bonds and direct equity investment) to fund the vital technological applications needed. Such examples include creating and storing “green” hydrogen as a repository of carbon-free energy for dispatch when energy demand is strongest. Alternatively, revenue raised from carbon taxes could be redeployed into other areas of government spending.

Carbon trading through an emissions trading scheme represents a market-based system to provide economic incentives to positively impact the environmental footprint by allowing participants to trade their emissions allocations. Governments can set the supply of allocations in 5 or 10 year forward looking tranches, which allow a glidepath to net zero, whilst balancing the objective of economic growth in each economy and allowing a degree of flexibility in future allocations as circumstances dictate. Currently, there are many emissions cap-and-trade schemes globally and carbon markets and prices are not linked.

By assigning a price to damaging activity, this creates a financial incentive to encourage polluters to seek more cost-efficient methods of production to reduce their emissions. In addition, the opportunity for a sector-by-sector approach allows for recognition of the varying challenges of abatement.

Article 6 of the Paris Agreement, which is up for discussion again at COP26, would create a new international carbon market, governed by a UN body, for the trading of emissions reductions created anywhere in the world by the public or private sector.

Overall, carbon pricing can provide the basis and catalyst for a range of policy measures such as direct support mechanisms and carbon trading via emissions trading schemes. Together with incentivising emissions reductions, accredited voluntary offsets and removal of subsidies for fossil fuels, governments should seek to ensure these measures work in harmony, accelerating actions to deliver CO₂ (and equivalent greenhouses gas) reductions to achieve net zero.

BACK TO COP26 HOME