We were there at the birth of the renewables industry, pioneering research into wind energy technology in the early 1980s. We developed our first wind farm in Cornwall, UK in 1992 and, within a decade, had built the world’s largest wind farm at the time, at King Mountain, Texas. In the years that followed we constructed over 13 GW of wind capacity across the globe, in North America and Europe and Australia.

Today, with one of the largest project portfolios in the wind industry, we continue to provide partnerships and quality services to the world’s fastest growing energy sector.

RES has a long history and broad base of experience in offshore wind, having been involved in the sector since its beginnings in the 1990’s. RES offers a range of offshore services including long term O&M packages as well as standalone services. By utilising our 24/7 state-of-the-art control centre we provide balance of plant (BoP) services, including transmission services for the associated offshore transmission owner (OFTO) assets in the UK.

RES also offers it’s consultancy and technical services to support companies looking to develop projects. Our own development experience is vast including one of the earliest offshore wind farms and more recently a 500MW project in Northern France. RES has an excellent track-record of identifying innovative solutions to problems that reduce cost and allow projects to progress.

Please get in contact today and let’s discuss the needs of your project.

We are actively participating in the exponential growth of the solar PV market. As costs continue to fall and demand continues to rise, we are responding with a mix of standardized and customized solutions for our clients that provide controllable, competitive, and predictable power.

Today, we have over 500MW of solar PV in development and over 600MW successfully constructed and operational throughout North America, Europe and Australia.

in the development
pipeline

Combining over three decades experience in the renewable energy sector with our established position as a leader in storage systems, we are uniquely positioned to respond to the growing trend of adding energy storage to solar projects. We have chosen to be a technology agnostic provider and we leverage our expertise to design and construct innovative solutions.

Energy storage is a technology enabling the switch to a low carbon future, because if you can store power you can generate more of it from renewable sources. RES is a specialist in battery energy storage selecting the most appropriate components and battery chemistries to meet the needs of our clients. Battery storage can switch between importing and exporting power within a split second it is perfect to support grid balancing. In fact many of RES’ current projects have delivered frequency response services to the grid. As well as storing power, there are a number of other services that storage can deliver.

A global leader in energy storage

We are delivering the future of energy by moving power to where it’s needed. Our T&D services provide a vital link between generating stations and customers while helping to build a safer and more reliable electric grid. Moreover, we leverage our expertise in the renewable energy sector to build systems that accommodate renewable-energy sources. We are continually innovating to deliver energy when and where it’s needed.

Delivering the future of energy

Our projects making a difference 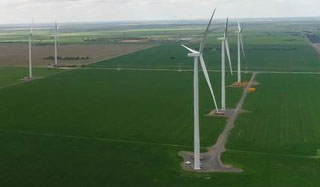 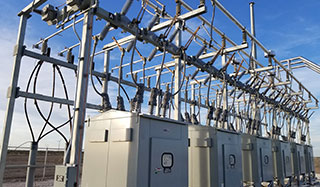 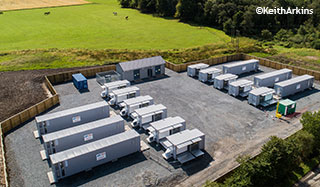 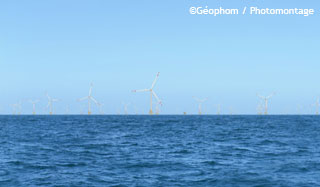 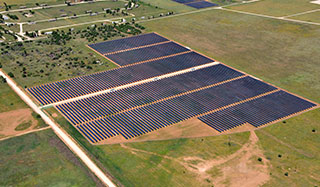 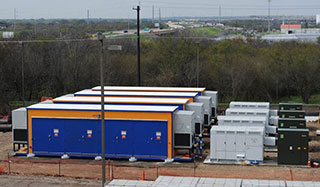 In Victoria, Australia, RES has developed and managed the construction of Murra Warra Wind Farm. When completed this will be one of the largest wind farms in the southern hemisphere consisting of 116 turbines with a total capacity of 429MW, equivalent to powering 420,000 local homes a year. The project was so large it had to be split into two phases. With a capacity of 226MW, Phase 1 benefited from a clubbed Power Purchase Agreement with Telstra, Coca Cola Amatil, ANZ and Melbourne and Monash Universities. In September 2018 the first phase was sold to Partners Group, the Swiss-based global private markets investment manager.

Our transmission line crews removed over 1,200 cubic yards of some of the hardest rock on the continent; two Soilmec SR45 and one SR75 drills were mobilized to site to work nearly non-stop to complete excavation. Late deliveries and seventeen weather days during the most critical three months of construction impeded the crew’s construction abilities, however, they completed the final seven miles of transmission line without incident. Despite all challenges and delays, the hardworking crews at Santa Rita managed to deliver the project ahead of schedule.

Broxburn Energy Storage Project is a 20MW project in West Lothian, Scotland, developed and built by RES and commissioned in 2018. Capable of responding in sub-second timescales, it balances electricity demand and supply across the network to maintain a stable frequency.

The first of its kind in Scotland, the battery provides Enhanced Frequency Response (EFR) services and plays an essential part in National Grid’s ongoing move to a more flexible energy network for the UK. The use of energy storage at strategic points on the network will allow for a greater penetration of renewables and avoid costly grid upgrades, leading to cost benefits for all consumers.

In 2011, RES partnered with Iberdrola to respond to the French offshore wind tender and, in April 2012, was awarded the St Brieuc project, off the northern coast of Brittany. The project is currently under development and construction will start in 2021.  Sixty-two 8MW turbines will produce over 1,850GWh a year, or the equivalent of the annual electricity consumption of 850,000 people. The area designated by the tender covered 180 km² but through consultation with local stakeholders and thorough mitigation, the final zone of the project covers just 75 km². This project, representing an investment of €2.5 billion, will be one of France’s very first offshore wind farms.

Lamesa II solar farm is a 50MW solar farm located in Dawson, Texas. The construction of the project was performed by RES and funded by OCI Solar Power, the then owner. RES completed construction of the project in late 2018. The project was then sold to D E Shaw Renewable Investments (DESRI) in October of 2018. The project was constructed as part of a Power Purchase Agreement between the City of San Antonio’s CPS Energy and OCI Solar. Lamesa II also includes a substation that sits adjacent to the 102MW RES constructed and operated Lamesa I solar farm, which RES sold to Southern Power in 2016.

Both the solar and storage installations are owned by CPS and provide their teams with direct experience owning and operating these technologies within their service territory. BESS asset management services are performed by RES. Additionally, RES provides smaller solar and storage projects at the same facility to support SwRI’s research initiatives.